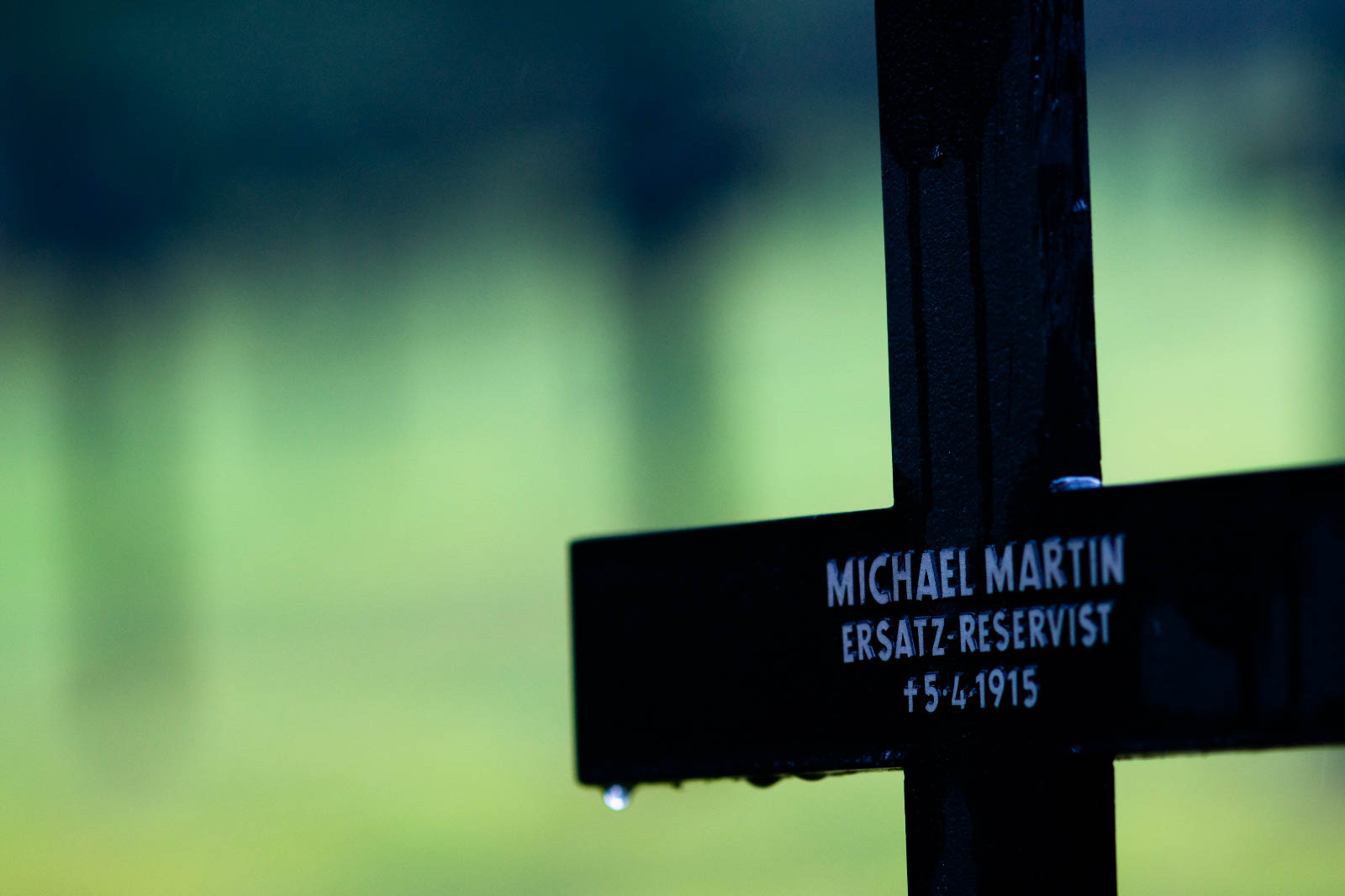 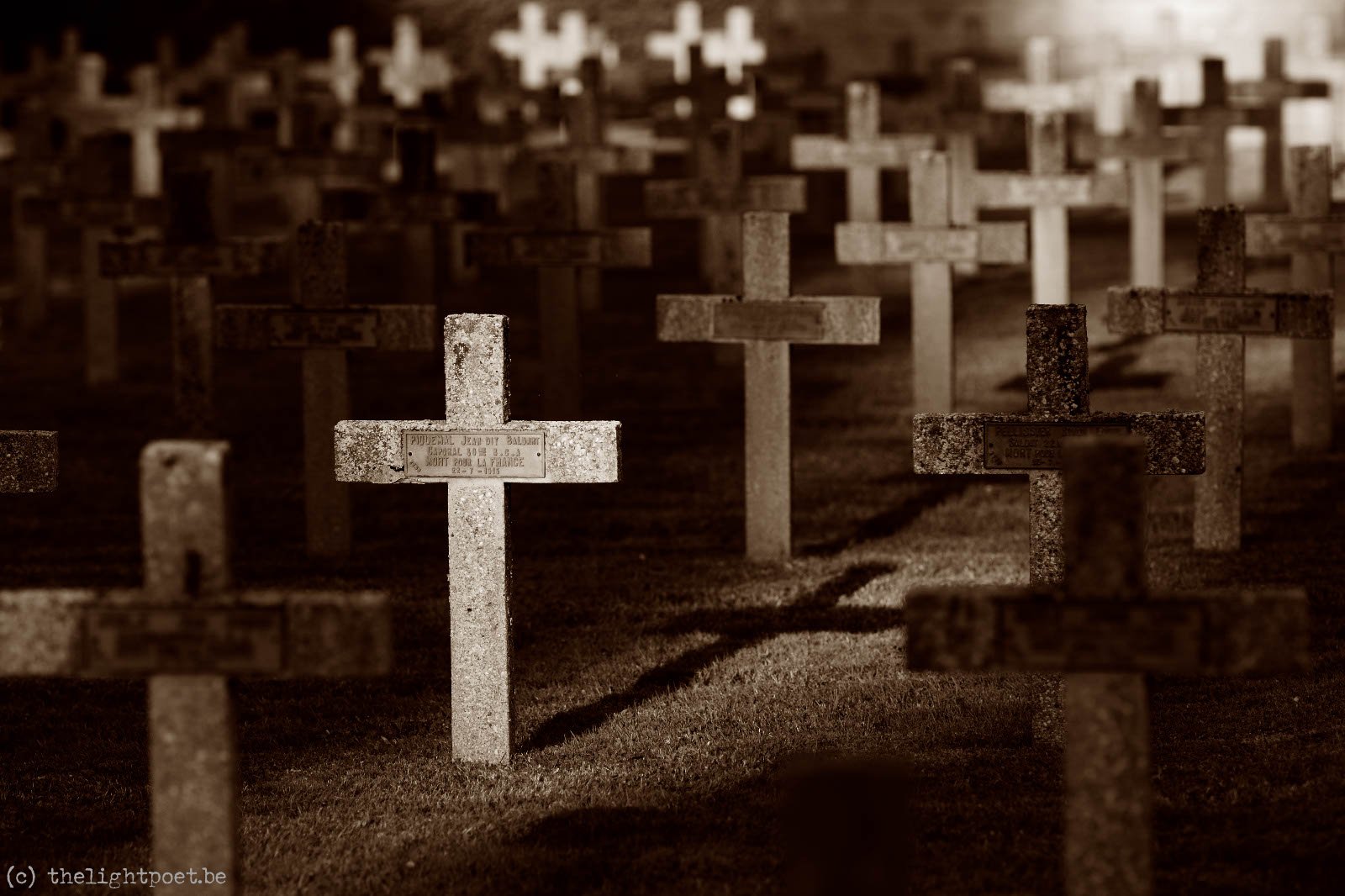 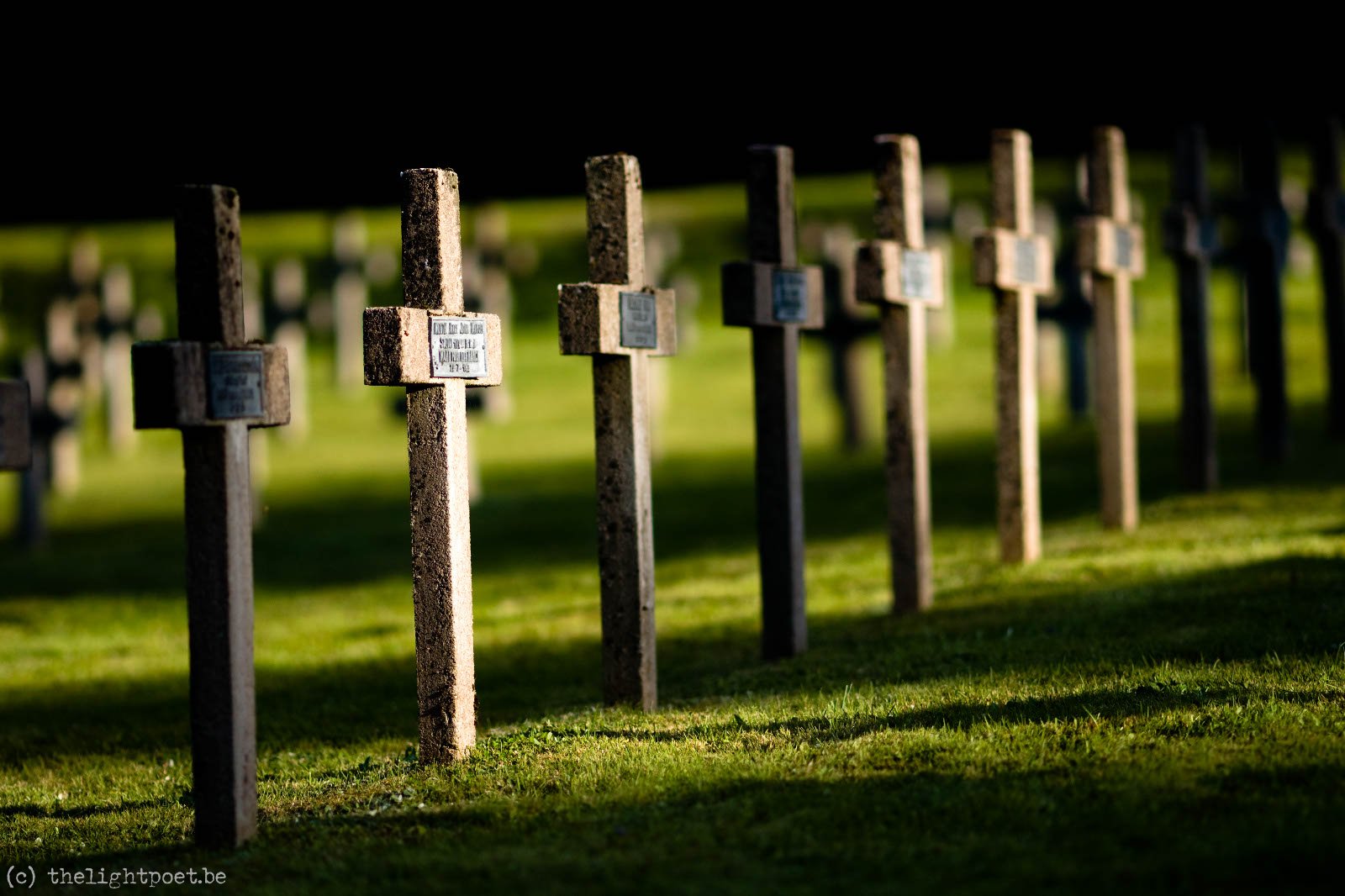 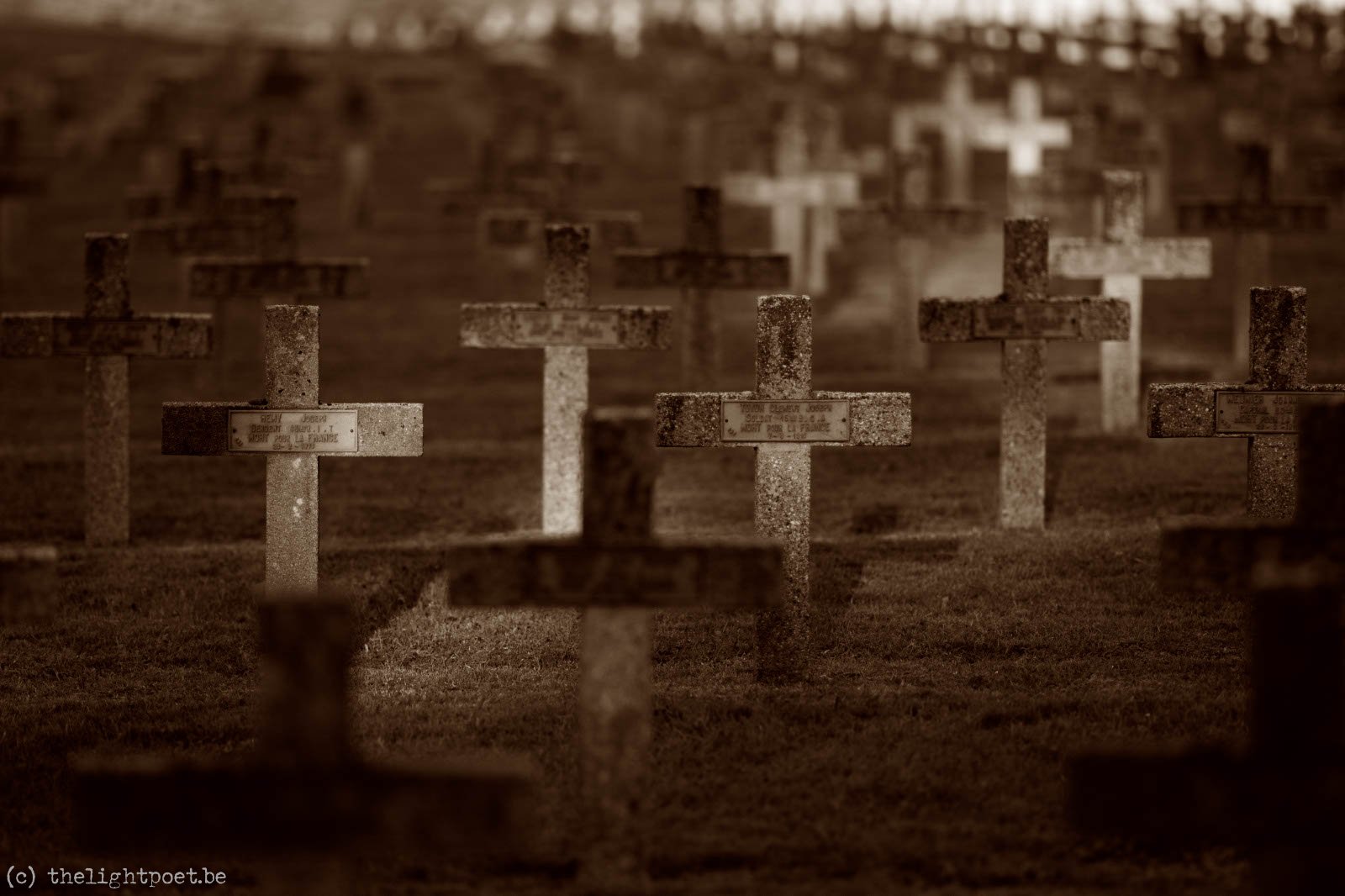 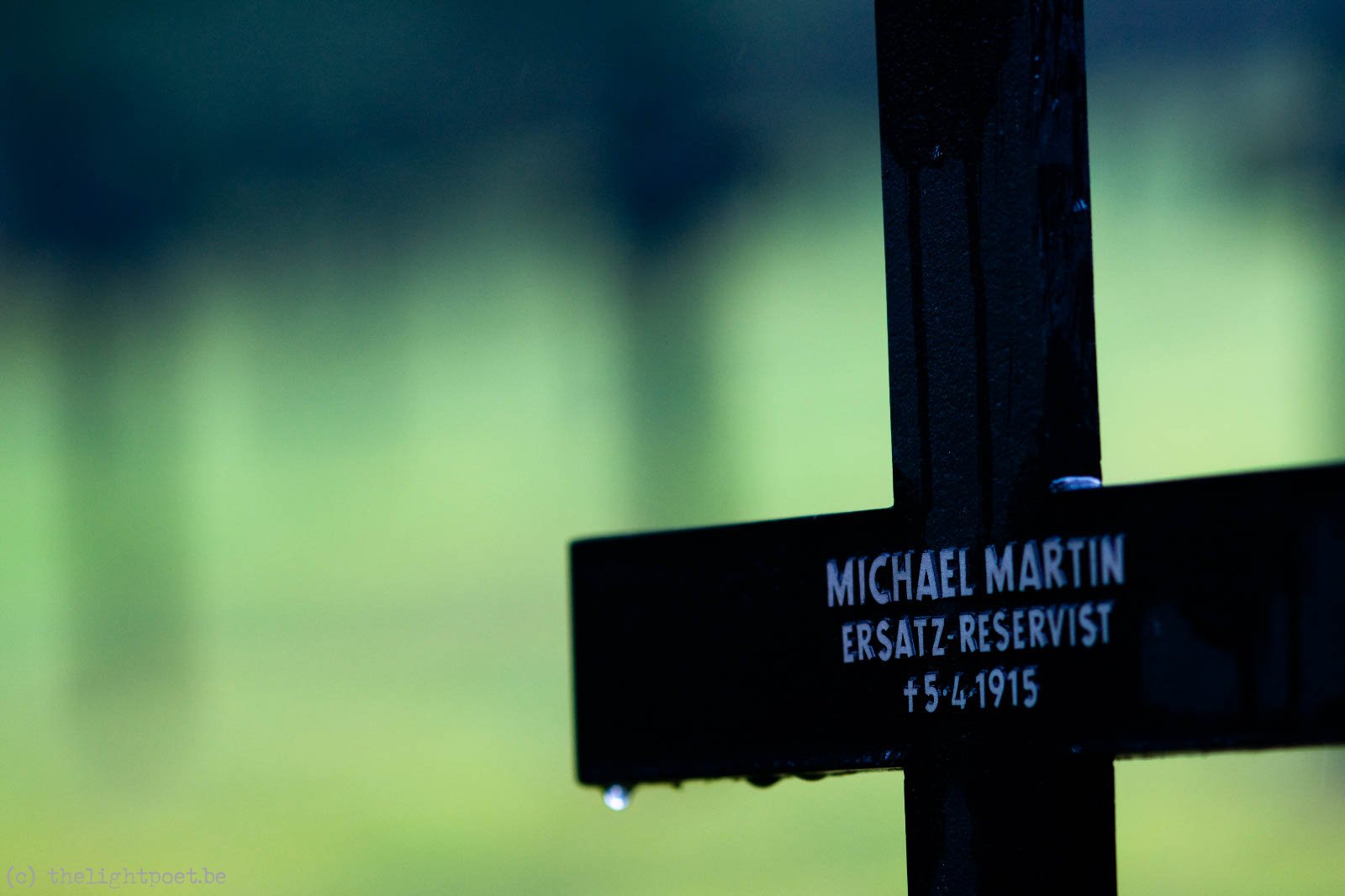 [Show picture list]
In August I spend a few days in the Alsace region in France (see also post above). In the neighbourhood of the hotel where I stayed, there had been some fierce battles during World War I, aka The Great War. Tens of thousands died in the trenches on some insignificant hills…

On the Col du Wettstein there is a French war cemetery. A little further down the road, on the Mont Baerenstall, is the German war cemetery. I happened to pass the first one at the right time: the sunset was playing a subtle game of light and dark, the age old metaphor of the battle between good and evil… That play, combined with the very strict geometry of such a cemetery, was perfect for a photo shoot.

What attracted my attention at the German war cemetery, was the rank of some of the soldiers: “Ersatz-Reservist”. Michael Martin was one of them. As far as my knowledge of German goes ‘Ersatz’ means substitute. And an Ersatz-Reservist is kind of a substitute: they were the guys that were drafted to fill the gaps when the ‘real’ reservist had fallen in combat… To die themselves in that war, in a battle of which they probably didn’t know what it was for.